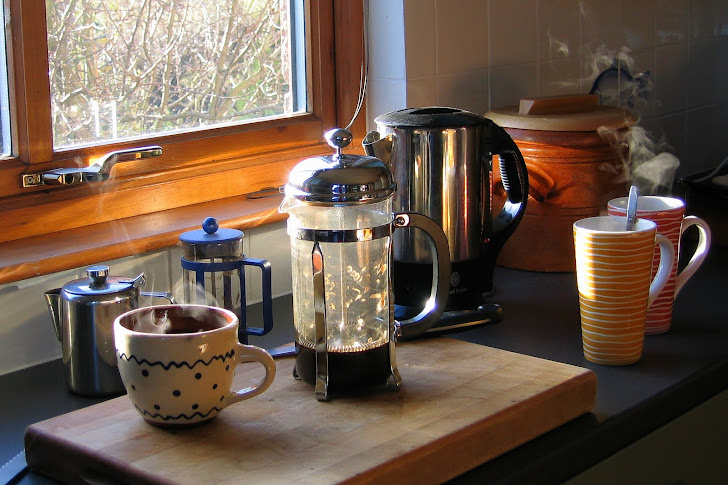 The ship of this not quite so ancient mariner has arrived in the quiet eddies of the "in between time". Old Man winter has grown tiresome. A frigid February followed a January that though mild, boasted no full snow melt and the snow just piled higher and deeper. 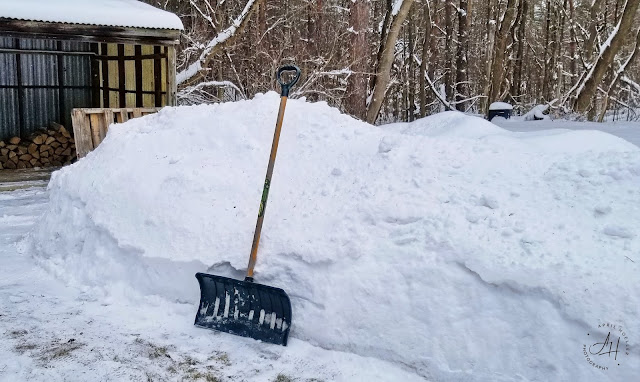 It's time for winter to just give it up and go, but he won't of course. He'll drag the anchor through at least mid-March, of that I am certain. 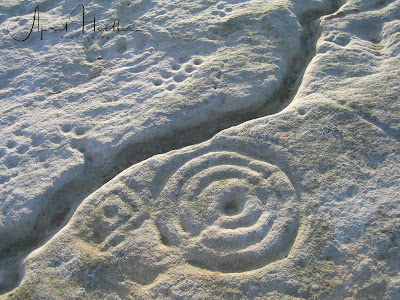 Unwanted, unwelcome yet predictable, my annual sojourn in the doldrums always appears on the itinerary in late February. Now one would think that such regularity would give rise to highly effective coping strategies, or even better yet a calculated manoeuvre to avoid this navigational hazard, but no, round and round I go.

This vintage mariner, (not ancient but maybe a tad forgetful?), charts the same course every year: smile and wave at the Candlemas Day lighthouse on February 2, take a quick dip in the pool of joy and warmth amongst the Valentine hearts and flowers, bask in a glow of gratitude on Family Day,  and then… 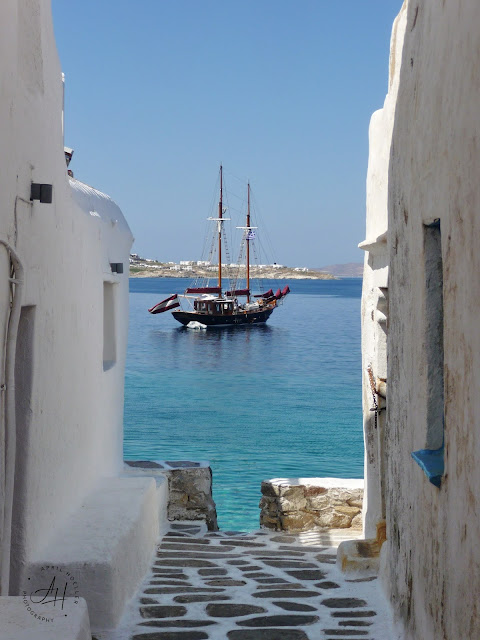 from The Rime of the Ancient Mariner, Samuel Taylor Coleridge

Ah but this is no dark place. Along the great wheel of the year, February is an In-Between month - it begins at the midpoint between the Winter Solstice and the Spring Equinox (Brigit's Day) and ends at the very edge of Spring. And the light is returning - at a rate of almost 3 minutes a day!

I am not lost, I know where I am. I know that soon the winds will pick up and I'll be on my way again under full sail. In the mean time, I'll sit up on deck and befriend the calm, smile at winter's last gasps, and await the freshening breeze.  I know what's coming…

Sitting in my wagon at the top of this week I’m not sure I want to kick off. I’m stuck in the blahs, beset by indecision, and tentative about everything. I’m in need of some positive motivation, so what’s in the good/optimistic category this morning?

It’s the LAST Monday in February! The coldest month of the year is on it’s way out.

It may be snowing but for the first day since that  silly rodent predicted an early spring twenty days ago, the temperature is not in the MINUS double digits this morning! In fact it’s heading  into positive territory. And we could really do with a little melting here. 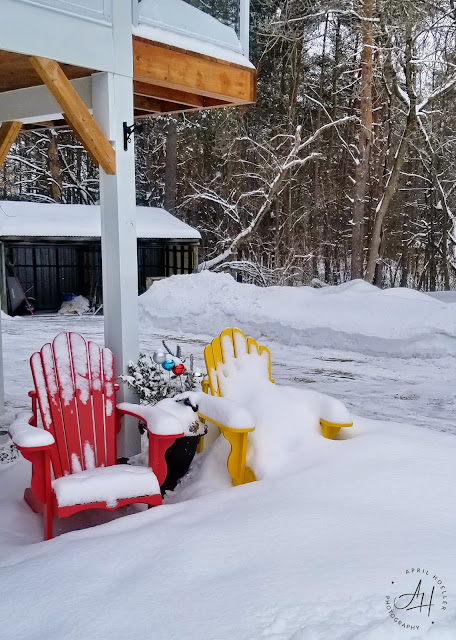 The birds outside my door are swooping it up! Chattering and sometimes bickering as they tank up.

The days are getting longer. The sun rose at 7:05am and will set tonight at 5:57pm EST. In just twenty days and with a little boost from Daylight Savings Time that great star will rise at 7:31 am and set at 7:25pm! Ahhhh…

And last but by no means least:

Posted by April Hoeller at 12:07 No comments:

It's Family Day in these parts, a relatively new provincial holiday begun in 2008 to relieve the stress of winter. 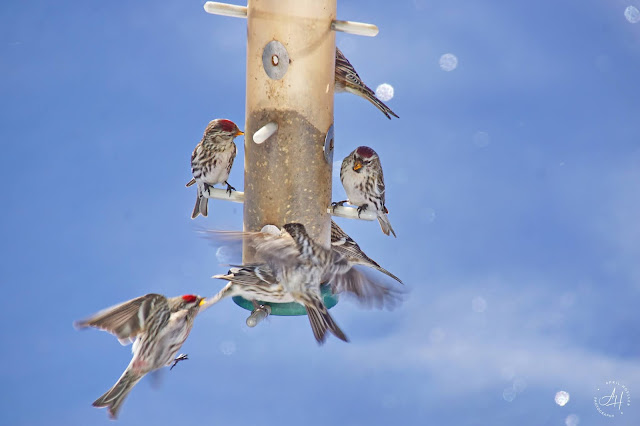 My family has yet to establish any set traditions for this, which is a good thing for the 2021 pandemic edition of this holiday Monday. It means that the list of  "Things that Cannot be Done due to the Pandemic" has not been added to today. 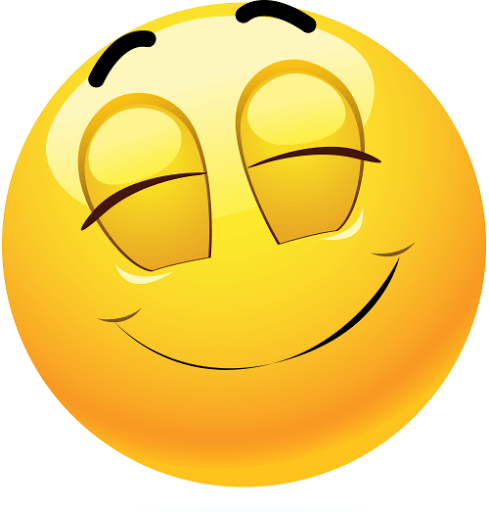 Today I can sit back and ponder the memories of family times, from the poignant to the hilarious and everything in between. And here we are: 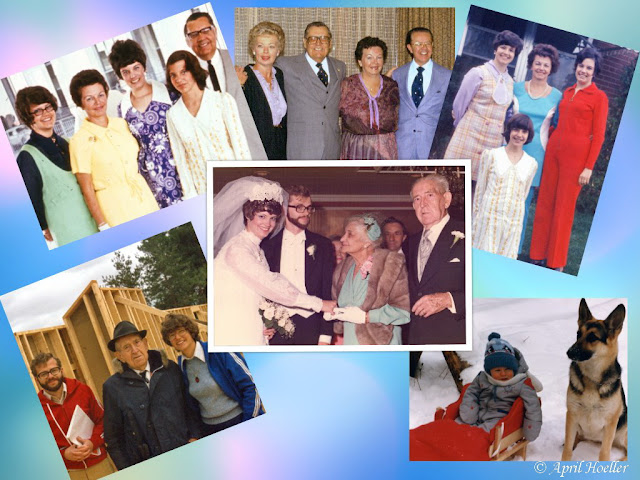 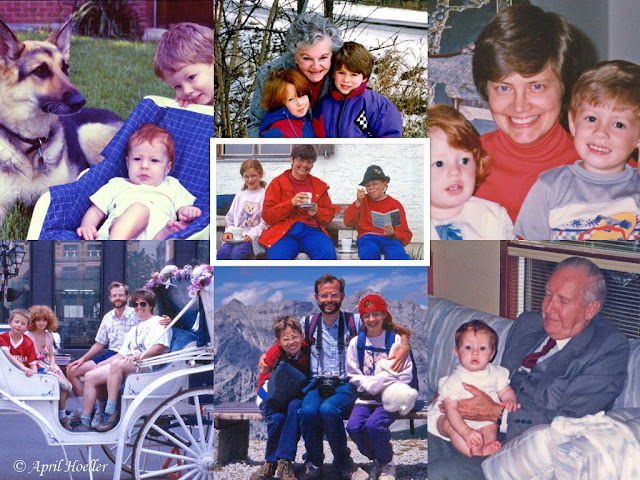 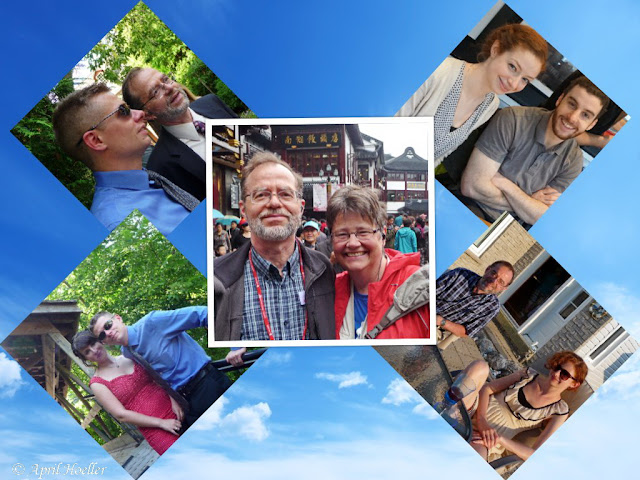 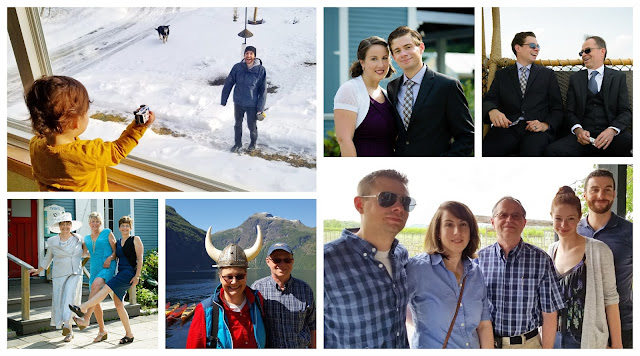 And our lives would be so much less without the four-legged furry-pawed wonders who have greeted us with their big tail wags and bigger love. 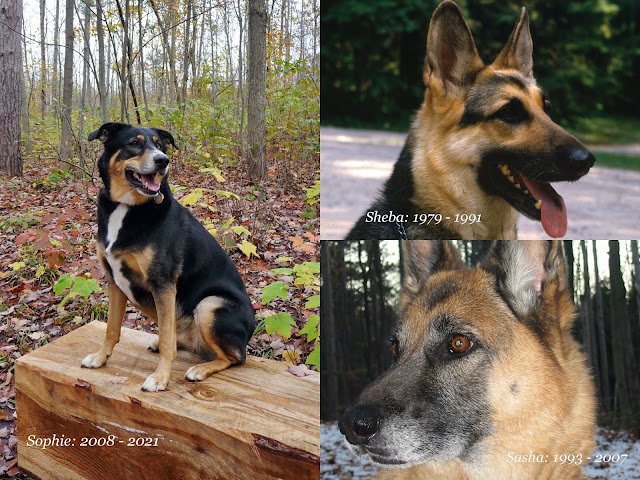 One more thing: we are still growing! Grandbaby #2 is in the wings awaiting debut in late June 2021.

God bless us, every one - past, present, AND future.

While the polar vortex chugs along outside, I’m happy to be stuck at home today letting my mind do the traveling. A little time travel seems right. Back to the early 1960’s…

A blue station wagon pulls in the driveway of my house and out pops a young guy delivering the groceries my Mom bought at the IGA earlier in the day. He plunks the boxes down in the front hall. The deal is that if I help unpack and put away the stuff, I get to spend the rest of the afternoon with the boxes. I eagerly and often way too quickly empty the boxes of tins, jars, cartons, and packages. The magical time is about to begin. No construction, no decoration required, just two empty boxes full of possibility. And two empty grocery boxes become trains.

I cram myself into the front car. The car behind me might be carrying coal, or gold, or my little sister.  “All Aboard!” I shout then “Wooo! Wooo!”  I lurch my body forward, “ Chuga, chuga, chug, chug.”  And we’re off bouncing and jiggling our way along the rails, steel-on-steel screeching around curves. There is no destination in mind, no amazing scenery to behold, no point to the travel other than just the wonderful imaginary experience of riding the rails, and it was grand!

If my Dad was home, he put on the record of train sounds that he had and turned the volume way up.  Now that just boosted the experience to a whole new level of reality. Have a listen: here. The album cover pictured in the link is different but this is the cover we had.

Not only were the sound effects unique (the recording was made in the rain along the tracks of the New York Central Railway in 1952), but the record itself was a deep cranberry colour vinyl not the usual black. Very special to my primary school self.

Ah well, time to return to the here and now. A truck pulled into the driveway earlier and my grocery order now sits in the kitchen awaiting sorting.

Can you hear the train whistle?

Poking my head out the tent flap today, looking to see if anything has changed... 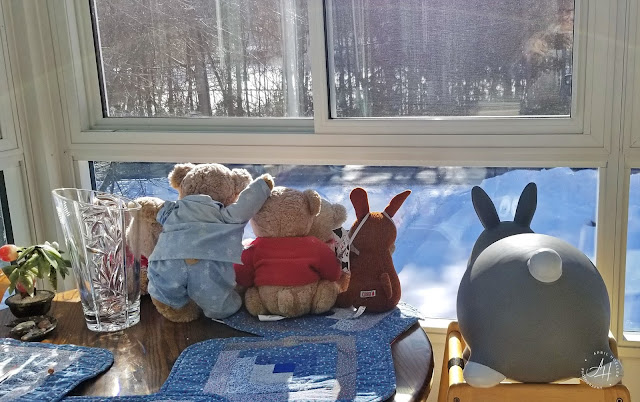 But at least the great day star is doing her best to warm us all up. She's got a long way to go seeing as we began at -17°C (1°F) first thing this morning. February always feels tedious. February in a pandemic lockdown the tedium is just piled higher and deeper. Oh to escape to somewhere lovely, comfortable, and safe where the sun doesn't have to work so hard to warm me up. 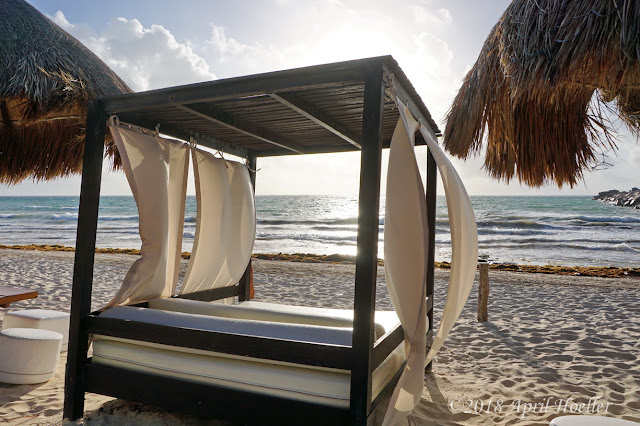 Great escapes in February or any time of the year remain the stuff of dreams for now. Last week the Canadian government extended the ban on passenger vessels operating in our waters until February 28, 2022. Not a surprise really but still it means that our  Arctic expedition punted from last July due to the pandemic to this August has now been kicked into 2022. And we're also being advised to avoid all travel on cruise ships outside of Canada. I understand that too, but still... 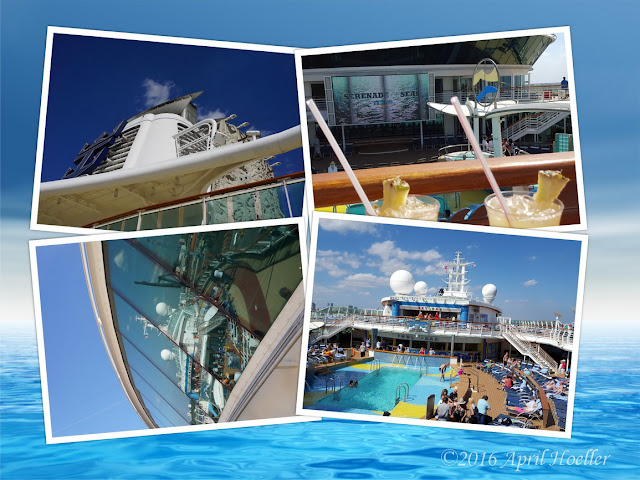 I just want to get out of Dodge. Don't we all?! Apparently, the fastest way out of here is to stay put. Now doesn't that just warm the cockles of your heart?  I guess armchair travel and trips down memory lane will have to suffice. Where shall it be today? How about the Galapagos for a bit of adventure? 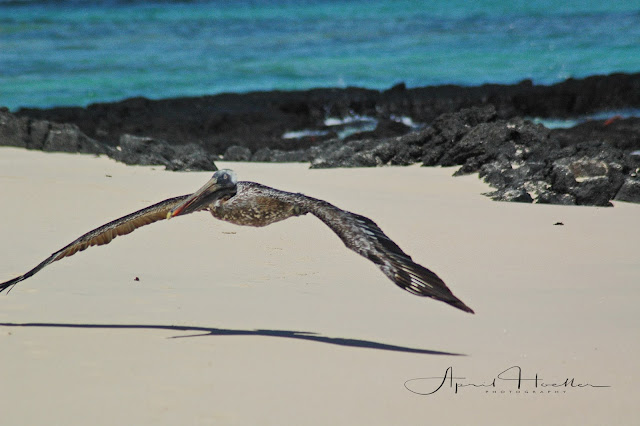 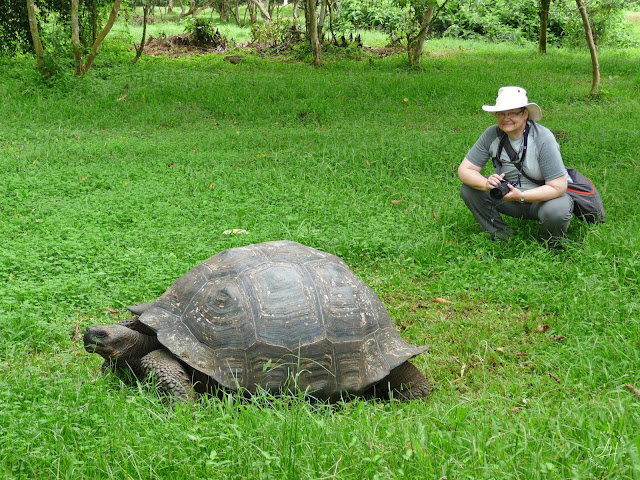 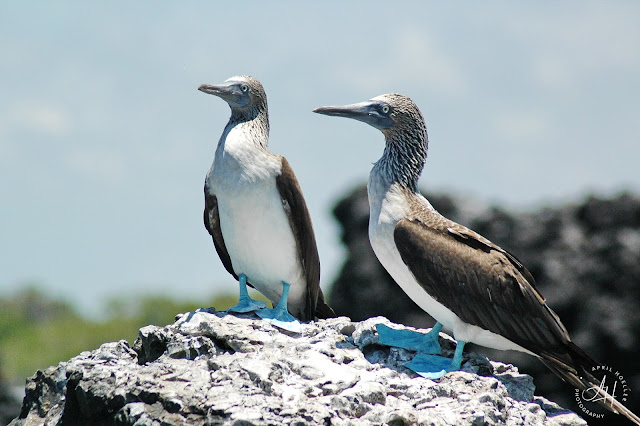 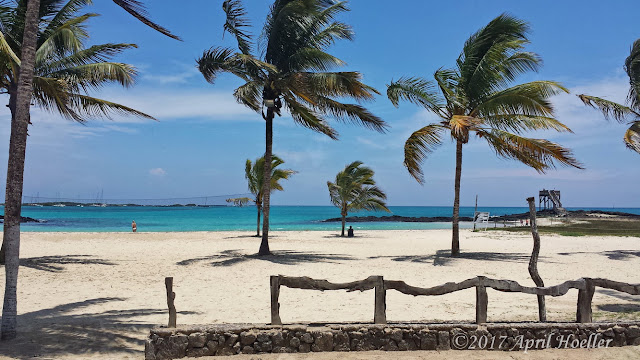 Noon Report: 7°C (45F) in brilliant sunshine outside my door.

It is a joy to sit at the table in the sunroom, writing these words. The groundhog apparently declared an early Spring on his day of prophecy, February 2 and so here we are basking in the thick of it. It won’t last of course. The official forecast does not uphold the rodent’s prediction but rather declares a return to minus double digits by the end of this weekend. Ah well, it is still luxurious to simply sit in the sun-warmed room without being encumbered by woolly sweaters. It’s soothing to let sunlight energize dreams of warmer days, buds and flowers, BBQ's and butterflies.

I picked up a whack of birdseed this morning (curbside of course), so I’m ready for the return of hungry fliers as well as keeping the hardy ones that stay all winter well fed. This year is the first time that I have had crowds of redpolls at the feeders. Usually I’m lucky to see even just one or two each year, but this time often both tube feeders are full stacked with these finch-type birds while the ground beneath the feeders a half dozen or more are gleaning. Without our resident canine here to bark or chase them away, the squirrels have returned in number. They also glean the seeds that fall to the ground.

The bottom line for today is

“It’s a beautiful day in the neighbourhood!”

Away from the news, the tweets and posts of the virtual world, away from the chirps and pings of electronic devices, this is a perfect day to be in the natural world right outside my door in the warm sunshine. Cant’ beat that!

Let’s face it – as a first month of a new year, January 2021 was a bust! Nothing new about it in my part of the world, unless one counts a new lockdown, a new State of Emergency, a new Stay At Home order, new virus variants, new uncertainty, and new disappointments. Oh, and let’s not forget new bickering over vaccine supplies on both a local and global scale.

Not a single one of these new year things was even close to being on my wish list! 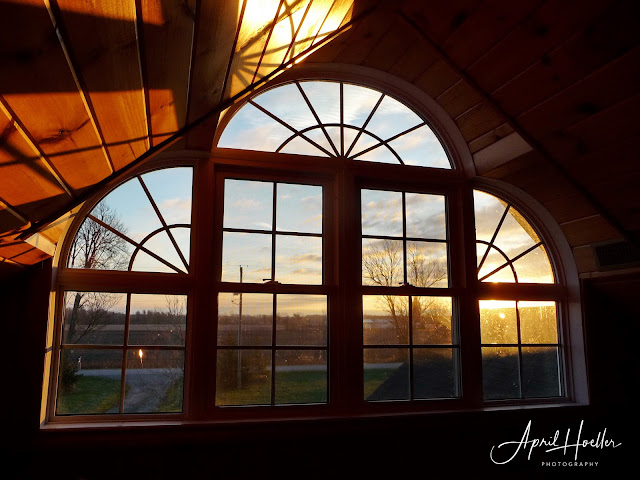 My first task this morning was to tear the January page off the wall calendar. Never has the sound of ripping paper given me such delight, such resolve to begin again, to kick off into the day, the month, the year anew – restrictions, uncertainties, and all.

“February…
Bending from Heaven, in azure mirth,
It kissed the forehead of the Earth,
And smiled upon the silent sea,
And bade the frozen streams be free,
And waked to music all their fountains,
And breathed upon the frozen mountains…"
Percy Bysshe Shelley (1792-1822)

“With the lengthening days which distinguish the third month of winter from its predecessor, come ardent desires for spring, and longings for the time of birds and flowers. An adventurous swallow too early flying from the south, a vision of snowdrops in the snow, a day of April warmth lit by a slant February sun, are all hailed with pleasure as harbingers of a more gracious season on its northland way.”

“Today is the first of February, snowy, brilliant, but dripping with the sound of spring wherever the sun lies warm, and calling with the heart of spring yonder where the crows are assembling. There is spring in the talk of the chickadees outside my window, and in the cheerful bluster of a red squirrel in the hickory.”
Dallas Lore Sharp, The Atlantic Monthly, February 1908

February makes a bridge and March breakes it.
Selected from the Finest Fancies of Moderne Muses, with a Thousand Outlandish Proverbs
(edited by George Herbert, 1593–1633)

It’s  first day of the first month of the rest of 2021. Let’s build some bridges!